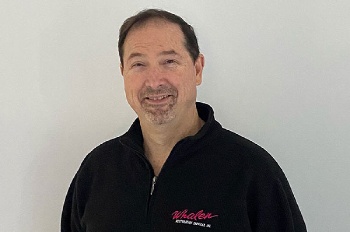 Bill was born in Northampton, MA and moved to Cape Cod when he was six years old. He lived in South Yarmouth where he attended elementary, middle and high school. Bill’s first entrepreneurial venture began in 1984 after serving four years in the United States Marine Corps. He began as a flooring specialist, selling and installing various types of flooring. This quickly evolved into the purchase of his first Chem-Dry franchise in 1986. Over the next few years, Bill attended many schools specializing in fire, water, soot and mold damage restoration. It was with this knowledge he began Whalen Restoration Services, Inc. which was incorporated in 1989. Bill’s dedication to his customers has been 110% since day one. As President of Whalen Restoration Services, Inc., Bill strives to give all his customers the very best.